How the Adventist Church Structure Works

The Seventh-day Adventist Church is organized with a representative form of church government. Authority in the church comes from the membership of local churches. Executive responsibility is given to representative bodies and officers to govern the church.
The local church is the structural foundation of the Seventh-day Adventist Church. It is the first of four levels of organization that exist within the church. All baptized members of a local church have voting powers within that church. At local churches, decisions are made by elected committees through the votes of members. The day-to-day running of churches is governed by the congregation’s pastor and a church board formed by members of that church. For example, each congregation elects its own elders, deacons, deaconesses, clerks, treasurers, and department leaders.
Each organization, starting at the local level, is governed by general business sessions that occur at certain intervals. This is usually when administrative decisions are made—for local churches this is typically every two or three years.
The local conference is directly above the local church level. Each local conference is composed of local churches, or congregations. Often a number of local congregations are grouped operatively as a district (just as the NP2), led by one senior pastor. A senior pastor (in our case, Ps Neville W. Carolus) may average four or more churches per district, but often pastors of larger congregations only serve that one congregation. The local conference appoints pastors, owns church land and organizes the distribution of tithes and payments to ministers.
The local conference is part of a "union conference,” the next level, which contains a number of local conferences within a larger territory. Union conferences are financially self-supporting, and union officers are elected every five years, by conference-selected church members, at a general business meeting called constituency session. 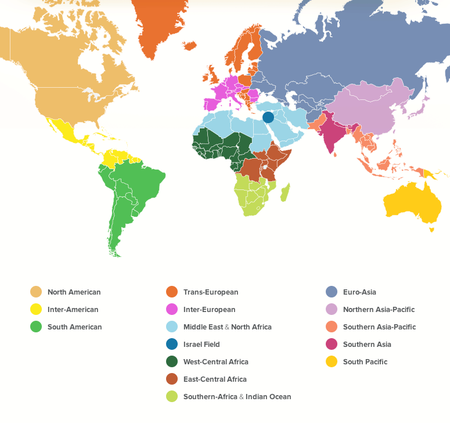 The division is the next level. Fifteen divisions (as outlined in the diagram) separate the world into regions and comprise the world church. The Southern-Africa Indian-Ocean Division (SID), which holds an annual business meeting as well as quinquennial meeting, is divided into eight union conferences based on region. SID provides administrative leadership and counsel to its unions and conferences in terms of constituency, departmental, and localized needs, including strategic planning and ministry-supporting resources.
The fourth and final level is the General Conference (GC). As the church authority, the GC has the final say in matters of conjecture and administrative issues. The General Conference, located in Silver Spring, Md., meets for its business session every five years. At the GC Session, officers for the GC, including top-ranking division leaders, are voted on by church members known as delegates, who represent the entire world church.
Our local structure looks as follows (from the bottom up):

Seventh-day Adventist beliefs are meant to permeate your whole life. Growing out of scriptures that paint a compelling portrait of God, you are invited to explore, experience and know the One who desires to make us whole.